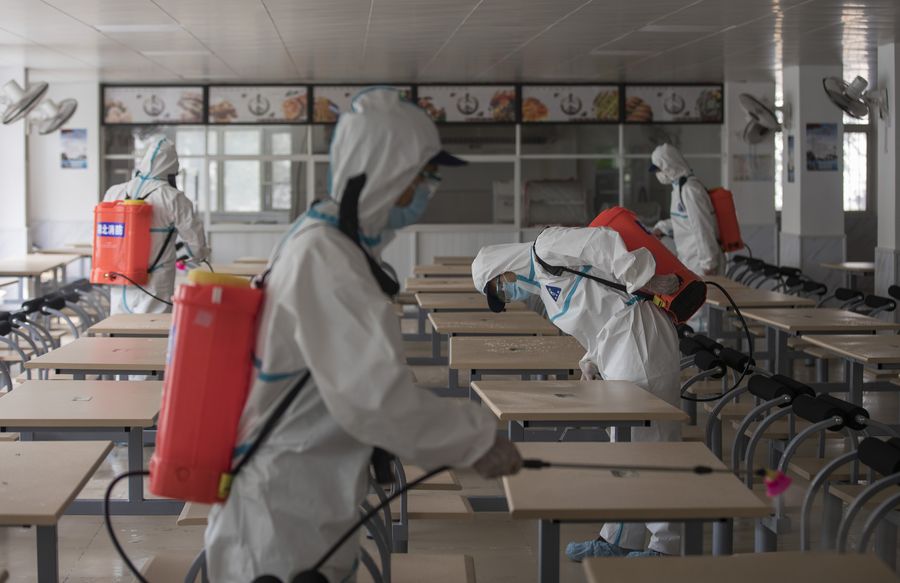 The meeting of the Standing Committee of the Political Bureau of the CPC Central Committee heard a report from the central guiding group for novel coronavirus prevention and control.

The guiding group, under the firm leadership of the CPC Central Committee and with the great support of the people across the country, fought side by side with people in Hubei Province and its capital city Wuhan, Xi said.

Xi said that the group had spared no effort to curb the spread of the virus and worked hard to build a strong first line of defense, making important contributions to winning the people's war against the epidemic.

He said the spread of the virus overseas has not been effectively curbed yet and cluster cases were reported in a few areas in China, posing considerable uncertainty to the epidemic control.

The epidemic prevention and control measures in Hubei should not be relaxed, Xi said.

The CPC Central Committee has decided to dispatch a liaison group to better support the follow-up epidemic prevention and control work in Hubei and Wuhan, Xi said.

He called for unremitting efforts in all aspects of work to consolidate epidemic control achievements.

Xi also urged the implementation of a series of policies to promote the economic and social development of Hubei and help the province accelerate resuming normal life and work.

Efforts should also be made to overhaul the urban and rural sanitary conditions, improve public health facilities, popularize health knowledge among the public and promote a healthy and environmentally friendly lifestyle, according to the meeting.